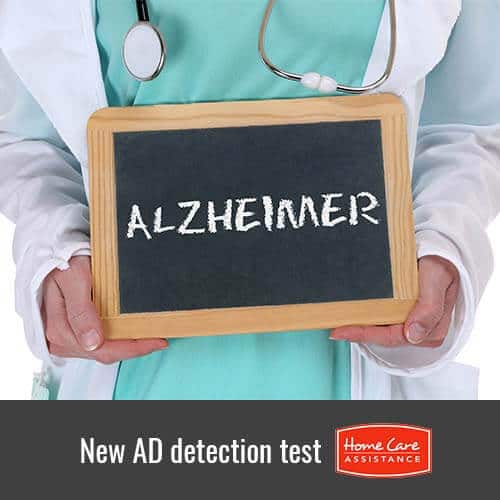 Alzheimer’s disease is a common form of dementia that causes the loss of memory and other mental functions in the brain. Either a primary care doctor or a geriatrician typically diagnoses the condition based on a list of symptoms, lab tests, lumbar punctures, memory testing, and brain scans. These tests can be expensive, may cause your senior loved one pain, and may not be used to correctly identify Alzheimer’s until it is at a later stage, when intervention is less likely to be successful.

The staff at Home Care Assistance, a leading provider of elder care in Tucson, shares two studies presented at the 2016 Alzheimer’s Association International Conference. The studies explore how the sense of smell might be able to detect Alzheimer’s and catch the condition at an earlier stage, when treatments are more effective at delaying cognitive decline and can reduce the costs and pain of traditional testing. For seniors who receive home care, Tucson senior care professionals share some useful information about how a smell test can predict Alzheimer’s disease.

Toxic amyloid plaque, which can build up in the brain, is believed to be a major cause of Alzheimer’s disease. Plaque blocks the brain’s synapses from receiving cell-to-cell signals, causing mental decline. Because plaque begins to form years before Alzheimer’s symptoms become pronounced, discovering it through either a PET scan or lumbar puncture can help doctors slow the progression of the disease.

Researchers at Columbia University Medical Center, New York-Presbyterian, and New York State Psychiatric Institute studied the sense of smell and how it could be used to identify Alzheimer’s. Study participants were given a brain scan and the 40-item University of Pennsylvania Smell Identification Test (UPSIT). The participants were then followed for four years. Researchers found the participants who scored low on the odor test were more likely to develop Alzheimer’s disease. They also found the participants who had experienced thinning in the portion of the brain responsible for memory were more likely to develop the disease.

Though researchers are still looking at the role of smell in memory loss, the test is offering hope for early Alzheimer’s detection. More research needs to be done, but scientists believe using a smell test in the primary care physician’s office can be a useful tool in ordering further testing for Alzheimer’s.

If your loved one has been diagnosed with Alzheimer’s, reach out to Tucson Home Care Assistance for help with managing the condition. We provide expert and compassionate hourly and 24-hour caregivers in Tucson. We also offer comprehensive Alzheimer’s and dementia care that boosts memory, speech, and cognitive development. Call (520) 214-5440 to speak to one of our Care Managers and schedule a free consultation.