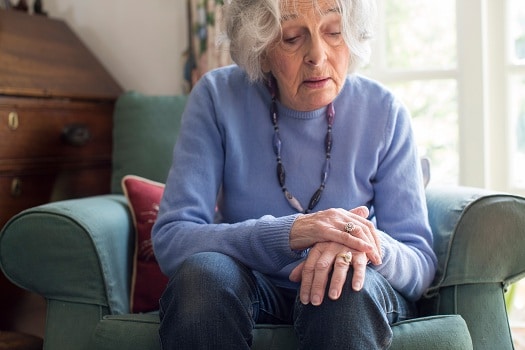 Even though modern research has greatly expanded our understanding of Parkinson’s disease, the causal factors behind the condition remain a mystery. The disease itself isn’t necessarily fatal. However, the symptoms can be debilitating. As the disease progresses, the tremors as well as balance and gait problems associated with the disease can make it almost impossible to carry out the normal activities of daily living.

Researchers know Parkinson’s symptoms develop when the cells in a portion of the brain called the substantia nigra start to die. These cells are responsible for producing the chemical dopamine, which aids in transmitting signals from one neuron to another to control movement as well as cognition, mood, behavior, and memory. As more of the cells are destroyed, individuals start to exhibit symptoms of Parkinson’s. Despite research that has widened our understanding of Parkinson’s, scientists still don’t know what causes the cells to start dying. The latest research suggests the condition may be the result of a combination of genetic and environmental factors.

Having multiple close family members with Parkinson’s can increase a person’s risk of developing the disease. According to a 2009 study published in Nature Genetics, genes may play a role in the development of the disease in approximately 15 percent of cases. Scientists still don’t fully understand how these genetic mutations contribute to the development of Parkinson’s. However, it appears some of the mutations may allow the accumulation of certain proteins or free radicals that can damage brain cells.

If your loved one has been diagnosed with Parkinson’s disease, he or she may get a great deal of benefit from having a professional caregiver help with everyday tasks. Families looking for top-rated in-home care providers can reach out to Home Care Assistance. From respite care to specialized Alzheimer’s, dementia, stroke, and Parkinson’s care, there are many ways we can make life easier for seniors and their loved ones.

There’s some evidence that exposure to environmental toxins may increase the risk of developing Parkinson’s. For example, a 2012 study published in NeuroToxicology found an association between pesticide exposure and Parkinson’s disease. The U.S. Department of Veterans Affairs has also added Parkinson’s to its list of conditions linked to Agent Orange, which is a highly toxic defoliant used during the Vietnam War.

There’s limited research suggesting certain occupations may increase the risk of developing Parkinson’s. A 2009 study published in Archives of Neurology found a higher rate of Parkinson’s among individuals who spent considerable time working in agriculture, welding, mining, and health care. The study suggested the increased risk may be due to occupational exposure to solvents and other toxins.

Seniors in the later stages of Parkinson’s can live at home, but they may need assistance from a family member or other caregiver to do so safely. For many seniors in Tucson, live-in care is an essential component of aging in place safely and comfortably. However, it’s important for them to have caregivers they can trust and rely on. At Home Care Assistance, we extensively screen all of our live-in and 24-hour caregivers and only hire those who have experience in the senior home care industry. Our strict requirements ensure seniors can remain in the comfort of home with a reduced risk of injury or serious illness.

Abnormal clumps of proteins called Lewy bodies are found in the brain stems of some individuals with Parkinson’s. Since the cells are unable to break down these proteins, Lewy bodies eventually surround the cells and interfere with brain function. In addition to contributing to the characteristic movement disorders associated with Parkinson’s, Lewy bodies can also cause problems with cognition, behavior, and mood.

Early diagnosis is critical because Parkinson’s disease can be particularly challenging in its final stages, and family caregivers can easily get overwhelmed. Caring for a senior loved one can be challenging for families who don’t have expertise or professional training in home care, but this challenge doesn’t have to be faced alone. Family caregivers can turn to Tucson Home Care Assistance for the help they need. We provide high-quality live-in and respite care as well as comprehensive Alzheimer’s, dementia, stroke, and Parkinson’s care. Call us at (520) 276-6555 today to talk to one of our compassionate Care Managers about our high-quality home care services.